It happened over 70 years ago, but one of the strongest storms on record to impact the Ohio Valley ocurred late in November 1950.  It started as an Arctic front swept across the area on November 24th.  The next day, low pressure developed over the Carolinas and trekked northward along the front into the Ohio Valley.  As the low deepened and more cold air wrapped into the storm, the storm produced blizzard conditions as heavy snow fell from Indiana to western Pennsylvania.  Columbus, OH got almost 2 feet of snow while Steubenville, OH recorded 44 inches along with drifts up to 25 feet!!  Pittsburgh and Erie, PA both received nearly 30 inches of snow, while the highest amount of snow measured was 63 inches in Coburn Creek, WV.

The storm also had an impact on the famous Big Ten football rivalry between Ohio State and Michigan.  With a conference championship berth on the line, the two teams played through heavy snowfall and 30 mph sustained winds. Both teams punted a total of 45 times and there was only one touchdown after Michigan blocked a punt and recovered it in the endzone.  They eventually went on to beat Ohio State 9 - 3 in what became known as the Snow Bowl.

Meanwhile, ahead of the storm, fierce winds blew up and down the Eastern Seaboard.  New York City reported a wind gust of 94 mph, while Newark, NJ recorded a gust to 108 mph!!  The intense winds resulted in extensive tree damage and power outages.  At the same time, Arctic air on the "backside" of the storm overspread the Deep South.  Record lows were smashed as temperatures fell into the single digits and teens, with even mid 20s along the panhandle of Florida.

Unfortunately, over 300 people died due to the storm and it caused over $66 million in damage (equivalent to around $717 million in 2021). 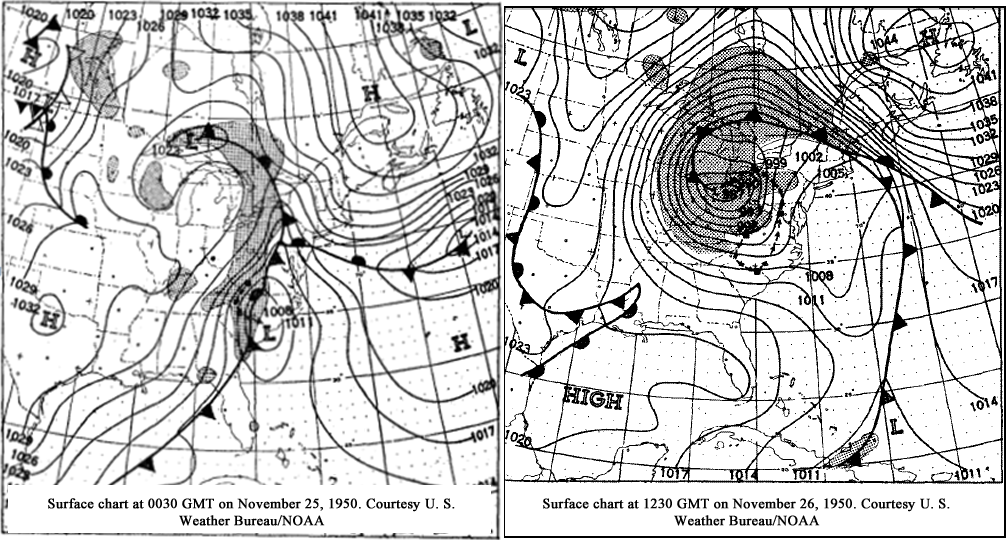 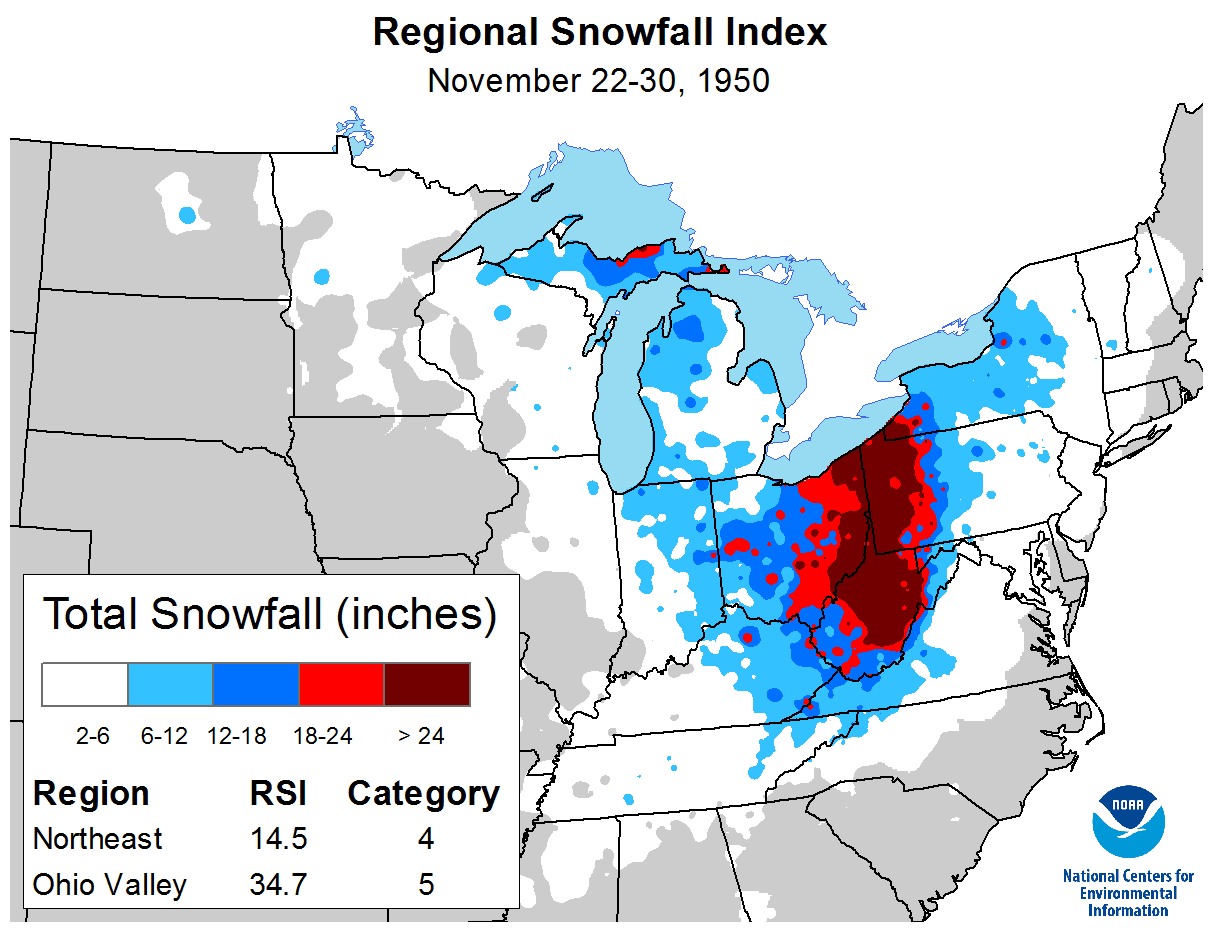