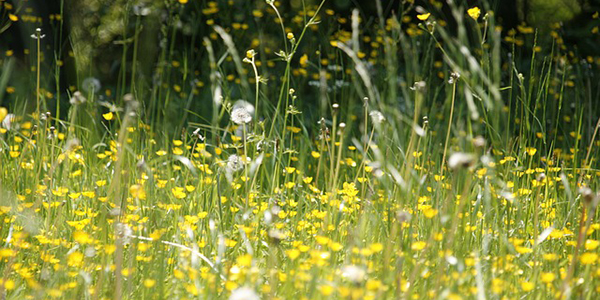 What Makes for a Bad Allergy Season?

As we approach the midway point of spring, we are also at the peak of allergy season.  Millions of people suffer from sneezing, coughing, runny nose and itchy eyes this time of the year.  And while each person reacts differently, there are a few factors that can lead to an enhanced allergy season.

Duration and quantity of pollen play a big role in whether or not the allergy season will be deemed particularly bad. The first sign of this would be the combination of an overall mild winter along with an early spring. When this occurs, plants are able to produce allergens for a longer duration. Plants are very responsive to changes in weather, and as temperatures fluctuate above and below freezing in a mild winter, plants seize any opportunity to come to life and will begin the processes necessary to start creating pollen. That being said, after a somewhat mild winter and an early end to overnight freezes, plants in 2019 began this process at the first sign of spring.

Often one of the first flowers of the season, the Crocus blooms in late winter / early spring

If allergens are produced for a longer duration, they affect us for an extended period of time, but add in the role of sheer quantity and you have double the trouble. As the transition from winter to spring occurs, in order to create an increased amount of pollen, you need plenty of dismal, rainy weather. Above average rainfall adds fuel to the fire, by helping plants produce allergens at a more rapid rate. Rainfall stimulates the production of pollen, essentially allowing plants to give off more pollen than usual.

The creation of pollen alone can be enough to trigger allergies, but just because it is being produced, doesn’t mean it is being circulated. There are a few factors that aid in the dispersion of pollen and therefore a worse allergy season. First, as a rainy spring usually means higher levels of humidity, this also means pollen is able to be trapped or carried within the moist air much easier. This creates a mode of transfer which allows pollen to travel and influence people with greater ease. Picture a humid day where the air is heavy with moisture; now picture that air also being loaded with suspended pollen particles.

An early spring oftentimes also means that bugs, or pollinators, will hatch early, or promptly return from their migration. They are in search of food that is conveniently found in plants and as they feast, they spread abundant allergens. Through years of adaptation, plants have evolved to make the transfer of pollen by insects simple. This occurs when insects eat, as they are also unknowingly being burdened with pollen particles that stick to their bodies. Then, when they fly to the next plant in search of more food, they spread that pollen farther and wider, pollinating more and more plants and the cycle continues.

A bee looks for food from a flower, also visible are some small particles of pollen on its back

Finally, another way to spread pollen would be through the wind.  The winter is usually the "windiest" season, but spring is a close second, especially during March and April.  This, combined with shifting atmospheric factors and you could be dealing with a strong increase in pollen circulation.  This allows for allergens to become more readily airborne on their journey to your nose and throat.

Allergens being circulated by the wind