An Early Taste Of Winter This Week?

After a pleasantly cool first weekend of November, it looks like parts of the Northeast may see their first snowflakes of the season later this week.  Before we get to the challenging, and potentially wintry part of the forecast, let's go through the next few days.  No weather concerns for Monday, but we may see a few showers on Tuesday as a cold front sweeps towards the I-95 corridor.  The best chance to see rain will be from New York City to Boston, but amounts are expected to be light.  Here is a look at predicted rainfall totals for Tuesday. 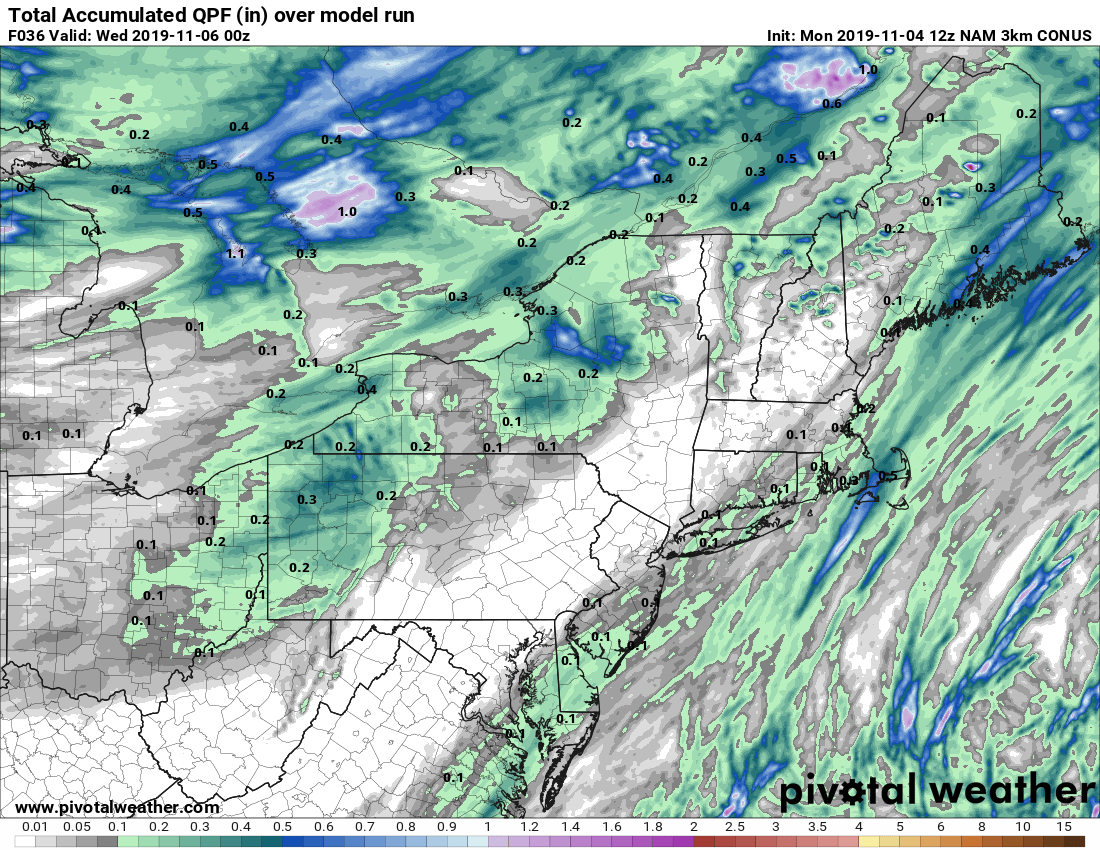 After the front moves off the coast, high pressure will briefly build in and lend to a quiet, but chilly Wednesday as high temperatures only reach the 40s and 50s.  Beyond that, the forecast becomes a bit more uncertain.  Clouds return on Thursday and the chance for rain will increase Thursday night as low pressure develops along the coast.  At the same time, colder air will begin to "filter" into the system and the rain is expected to change to snow across the interior locations of the Northeast (mainly northeast PA through New England).  For the big cities along I-95, there is no wintry threat from New York City to Washington, DC.  However, there is a chance for the rain to change to snow north of NYC to Boston.  How much snow you ask?  That will be highly dependent upon what time the changeover to snow occurs.  For now, it looks like there could be at least some accumulation before the precipitation ends early Friday.  Here is a look the precipitation type for 7 AM on Friday. 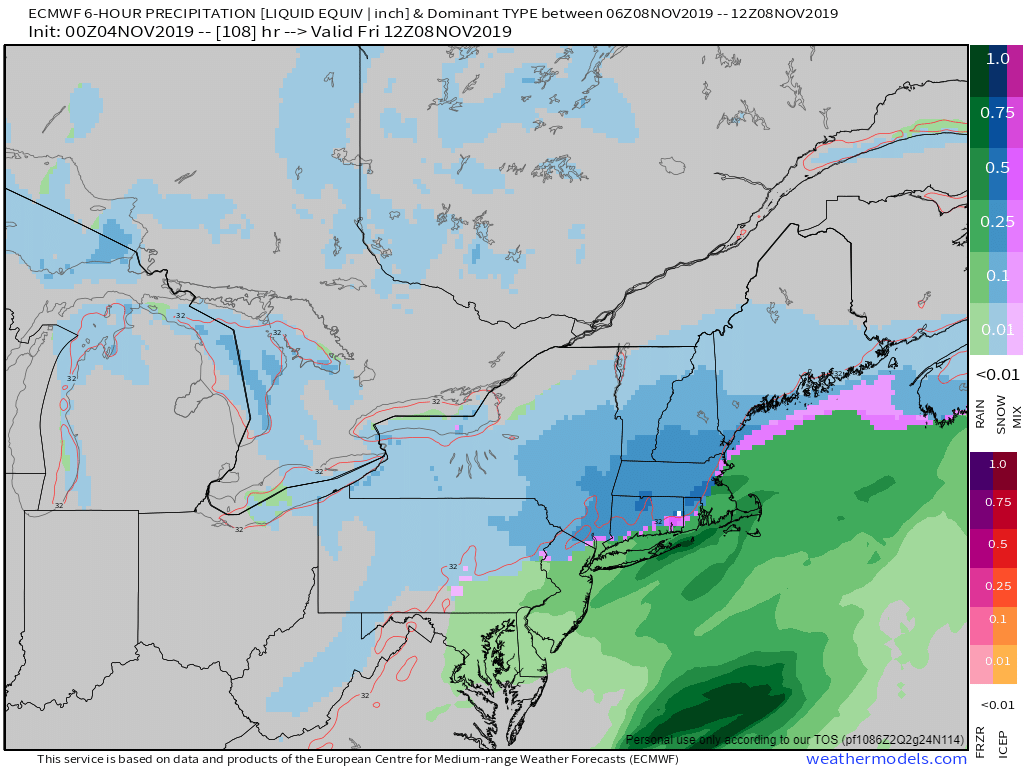 So, still some uncertaities in regards to the timing and placement of the storm system, but either way, parts of the Northeast and New England will likely see their first snow of the season Thursday night into Friday.  We'll have more on this wintry threat through the week and of course, check us out on Facebook and Twitter for additional updates.