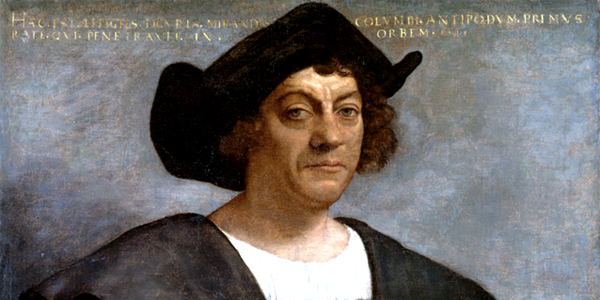 One of the most famous voyages in history is that of Christopher Columbus discovering America. Of course this was an event that changed history, but what was even more unique about this voyage was how successful it was. The popular saying “In 1492, Columbus sailed the ocean blue”, is very true in many ways. While the ocean was blue, the sky was too for most of his historic trip.

When Columbus set sail in August 1492 from Portugal he ran into very few problems during the trip. His course was only set astray at times by a faulty compass and uncooperative trade winds, but he actually avoided something that could have changed history. Little did he know that he set sail during the heart of the Atlantic Hurricane season. Amazingly, he didn’t hit any storms during his first voyage! Besides having very good luck with hurricanes en route to the Americas, he also capitalized on an abnormally strong high over the eastern North Atlantic providing strong easterly winds for his sails. Additionally, Columbus arrived to the West Indies late enough in the hurricane season (October) as to not be affected by any tropical systems while he explored the "New World" into January of 1493. Either Columbus was a pioneering meteorologist and didn't tell anyone, or more likely, extremely fortunate as just one tropical system or hurricane could have changed history. Columbus and his crew arriving in the new world.
Image source:http://oceanexplorer.noaa.gov/explorations/09newworld/background/beliefs/media/columbus_samana.html