In terms of snowfall, February ended up around average in many areas across the Midwest, with Dayton coming in as the winner with 9.6” at the international airport. The month was bookended with the majority of the snowfall at the beginning and end, with minor snow showers and dry breaks during the middle part of the month. On the note of temperatures, the trend of above normal conditions this winter continued, with all locations 1-3 degrees above average and only minor bouts of artic air.

February started off with a minor round of snow showers that dropped a coating – 0.5” in Columbus and Chicago. After this quick event, record breaking/tying temperatures returned on the 2nd and 3rd with afternoon highs in the middle to upper 60s. In fact, Indianapolis broke their records from 2016 and 2019 respectively! Temperatures remained above average on the 4th before a cold front swept through the Midwest during the night and into the early morning of the 5th. This front returned temperatures back into the 30s along with widespread snow showers. These snow showers led to coatings in Chicago and Indiana, but as this system moved east over Ohio, more of a wintry mix occurred. Dayton and Cincinnati only saw a few coatings of snow/sleet and patchy ice from freezing rain.

After this minor system, a flurry of storms pushed through the region, which led to a multiday event between the afternoon on the 5th to the evening of the 8th. The first system moved in during the late afternoon of the 5th in Chicago and Indianapolis. This led to 1-6” of snow accumulation from bursts of moderate to heavy snow with the lowest amounts north towards Waukegan. The system weakened as it moved across the Midwest into Indiana, which allowed for a wintry mix of snow, sleet and freezing rain to fall. This wintry mix dropped 0.5-1.5” of snow/sleet and up to a 0.10” of ice accretion from freezing rain. The same disturbance then finally made it to Ohio on the night of the 5th and continued intermittently until finally ending the 8th. This system produced a myriad of precipitation types across Ohio, with 2-4” of total snow/sleet and coating of ice from Dayton to Columbus.  The continued threat for winter storms remained across the Midwest as another system generated snow showers and periods of light snow throughout the day on the 8th in Chicago and all of Ohio. This round of snow produced coatings in Chicago, while Ohio received 0.5-1.5” of new snow. One last system capped off the parade of winter storms on the 9th, with a shot of snow, sleet and freezing rain from Chicago to Columbus. Widespread 0.5-2.0” of snow/sleet fell along with some freezing rain mixing in over Indianapolis. 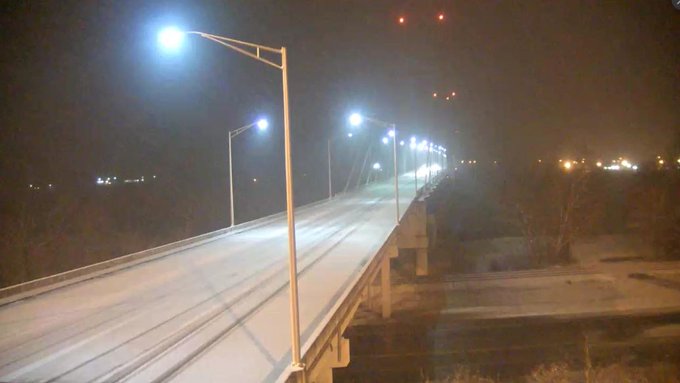 Following this onslaught of winter storms, the Midwest warmed up with a few rain showers on the 10th. Colder air filtered back in during the morning hours of the 11th, which allowed rain showers to flip to snow/sleet showers. This minor bout of wintry showers only generated a few coatings. Then, a stronger, secondary system moved in during the afternoon on the 12th and lasted through the morning of the 14th. This generated a widespread 2-4” of moderate to heavy snow in Chicago, with areas of blowing and drifting from wind gusts exceeding 35 mph. As the storm moved east towards Indiana and Ohio, it continued to produce moderate to briefly heavy snow along with pockets of freezing rain. These areas saw a widespread 1-3” of snow except for in Cincinnati where only coatings were observed.

As this system exited, an arctic air mass rolled into the Midwest between the 14th and 15th. This was accompanied by a few snow showers and a little freezing drizzle in Chicago. The main takeaway, however, was the temperature as it fell between -2 to 12 degrees. The -2°F low was observed at the Chicago O-Hare International airport was the first time all winter that Chicago fell below 0. While certainly cold, Chicago usually observes around 8 days below 0 throughout the course of a normal winter. Strong winds accompanied the cold air, which led to beach erosion along the lake shore of Chicago with waves up to 11 feet! After a dry and mild day on the 16th, a brief round of snow yielded coatings in Chicago, while areas east remained warm with just plain rain. Wintry weather was on pause from the 18th - 24th with predominately dry weather except for a few periods of rain. This stretch of dry weather was accompanied by fluctuating temperatures between 30-55 degrees. 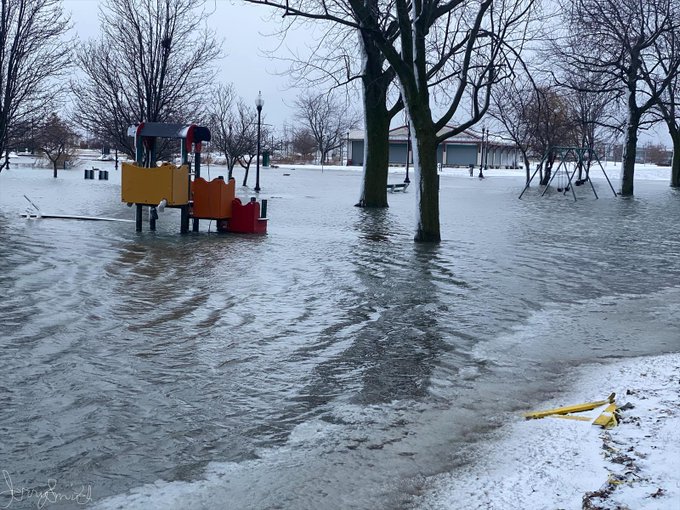 Winter returned with a bit of vengeance on the 25th through the 27th as another system brought 1-3” across Chicago, Indianapolis, and Dayton. Cincinnati and Columbus saw lesser amounts with only a coating to an inch. Behind the system, scattered snow showers lingered into the 28th, dropping only a coating to 0.5” in Chicago and Indianapolis, but up to 0.5-2.5” of snow in Ohio. Dry weather resumed for most to finish out the month, but Dayton and Cincinnati did see some light snow that dropped another inch. This last period of wintry weather was also combined with the longest stretch of below normal temperatures in February.