There are many types of economies that call California home, but the biggest and most widespread is the agriculture industry. In fact, California is the leading producer of food with nearly $45 billion dollars in agriculture cash receipts! Unfortunately, crops are very susceptible to the weather, especially the cold. Two crops, grapes and almonds, are very prone to freezing temperatures. You are probably asking yourself what makes almond trees or grape vines so susceptible to the cold? The actual tree and vine are not the issue as they are just like any other shrub or tree and can endure the harshness of winter. The main concern is when these plants mature and begin to develop buds. These buds are the livelihood for growers as they will eventually evolve into wine grapes and almonds that we all love and enjoy.

Now you may ask at what temperatures and how long can these buds on almond trees and vines last in sub-freezing temperatures before they die? With almond buds, temperatures that dip to 30-32 degrees will begin the decay process and cause the buds to die within a single night. Let’s say the mercury drops to 27 degrees for an hour or so, almost 50% of the crop can be lost. Now imagine if temperatures drop into the upper teens to lower 20s! This can result in the loss of an entire region of almond crops, costing growers tens of millions of dollars. Wine grapes are a little different as the certain varietals are more or less susceptible to cold temperatures and frost. Regardless, temperatures that plummet below 32°F also become problematic quickly for vineyard owners.

There are a few interesting tools that farmers use to combat the effect of frost on their crops. The first and most common tool that growers use is water! Every orchard and vineyard has a vast network of irrigation pipes and channels. Water is useful because when water freezes, heat is released. This energy will help keep the actual fruit slightly warmer while the layer of ice around the grape remains near 32°F. Overall, irrigating is the most common way to protect crops from perishing with temperatures mainly between 27-32°F. 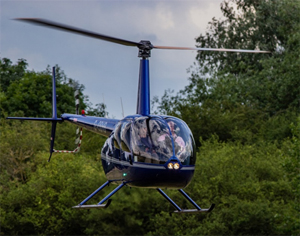 Another method farmers use to fight frost are helicopters. Helicopters can be a very effective tool to battle frost when a temperature inversion develops over the field at night. A temperature inversion is when the temperature actually increases as you get higher into the atmosphere. Depending on the strength of this inversion, temperatures just above the vineyard can be 5-10°F warmer than surface temperatures. The blades of the aircraft mix the warmer air from above to the surface to fight frost from developing on the bud. Helicopters are usually brought in as a last resort if irrigating can’t fully complete the job. The price for this service for a night can easily be in excess of $10,000!

Overall, all crops are susceptible to the weather, but wine grapes and almonds are especially prone. Growers use a myriad of ways to fight off frost in a wide variety of scenarios. So next time you raise that glass of wine or eat a bag of almonds, think of how much work goes into those tasty treats.