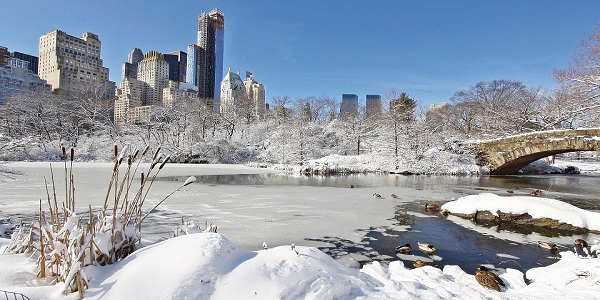 When does the First Measurable Snow Occur in the Northeast?

Now that we are into November, many of us here in the Northeast are busy preparing for the upcoming winter season. Winter has already arrived across much of the country and places in the Rockies and northern Great Plains have already seen an early season blizzard.  Let’s take a look back to see when our first snow usually occurs in comparison to some impressive records. As the table below shows, those along the I – 95 corridor typically do not see any snow before Thanksgiving.

And although New England typically gets its first accumulation of snow in late November, most others have to wait until mid – late December.  However, considering that temperatures can easily fall below freezing around Halloween, the atmosphere can certainly support snowfall as early as October. In fact, most of New England has already seen its first snowfall just a few weeks ago.

There were some other rather impressive early season snowfalls.  One in particular occured on October 10, 1979 when a snowstorm swept up the East Coast. In fact, the storm canceled one of the World Series games between the Orioles and Pirates in Baltimore.  Of course, when it comes to some of the largest and most damaging October snow events, that honor goes to October 2011. In this storm, heavy, wet snow topped a foot over portions of the interior Northeast (reaching over 2 feet at some elevations in New England) and led to numerous fallen trees along with massive power outages. It’s important to note that early season snow events are especially dangerous because snow covered leaves will weigh down trees, causing them to snap.