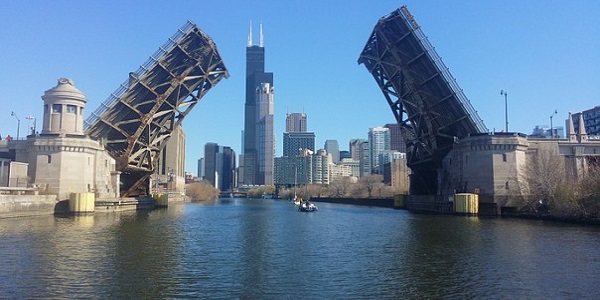 September 2019 was a month to remember with drastic extremes in terms of temperature and precipitation from Chicago to the Ohio Valley. This was due to a large area of high pressure centered over the eastern United States, while a troughing (stormy) pattern set up over the West. This allowed multiple fronts to push through the Chicago area leading to above average temperatures and frequent flooding rains, while areas in the Ohio Valley saw abnormally dry conditions and record heat. Overall, Chicago O’Hare airport came in 1 – 2 degrees above normal with an average temperature around 77 degrees. Flooding rainfall caused more than double the average of amount of rainfall for the month, with 7.61” of rainfall recorded! The average for September is only 3.21”! The opposite occurred for Indianapolis, Columbus, Dayton, and Cincinnati. These areas came in 8 – 10 degrees above normal, with multiple stretches in the lower to middle 90s! This record heat was accompanied by abnormally dry conditions with these same locations only experiencing less than 1” of rain! To put this extreme difference into context, see the precipitation map below. 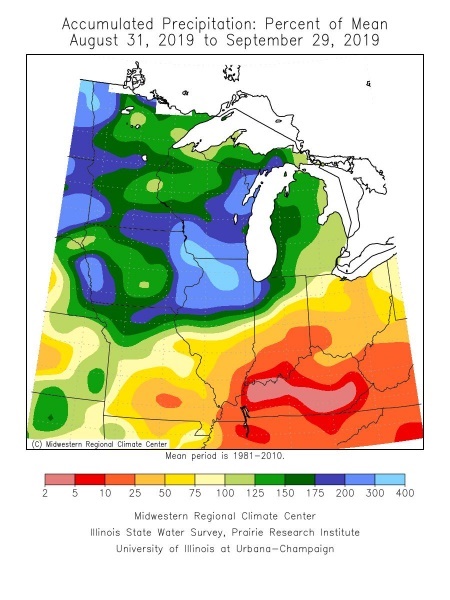 Heading into the first week of September, the weather in the Midwest was fairly seasonable with average temperatures ranging in the 80s. A front passed through the Chicago and the Ohio Valley, with Columbus and Dayton picking up around a half inch of rain. This same front did produce a bout of severe weather in Chicago along with some wind damage around Waukegan, WI. Meanwhile, warm and dry weather (5-15 degrees above normal) continued across the Ohio Valley. The Chicago area warmed up heading into September 10th-13th, with a daily high of 90° on the 10th, while areas towards Dayton, OH topped out 93-95°. While it wasn’t a daily record in Chicago, Cincinnati and Columbus broke their record high temperature on the 11th and 12th from back in 1952, with a high of 95° and 93° respectively. This hot and humid weather set the stage for a strong cold front that pushed through Chicago, particularly in Lake and McHenry counties where localized areas saw up to 5-6” of rain. This rainfall fell over a short period of time causing widespread flash flooding and moderate river flooding near the Fox and Rock Rivers. If the flooding wasn’t bad enough, this front also produced some severe storms which resulted in downed trees and branches as winds gusted upwards of 60 mph. This initial batch of precipitation would “prime” the region for flooding for weeks to come. Quieter weather briefly returned across much of the Midwest into the third week of the month. It was warm as well with temperatures running 7-14° above normal from Indianapolis to Columbus. The combination of no precipitation and well above normal temperatures caused the region to turn abnormally dry with areas southward toward Dayton and Cincinnati observing near moderate drought (see figure below). 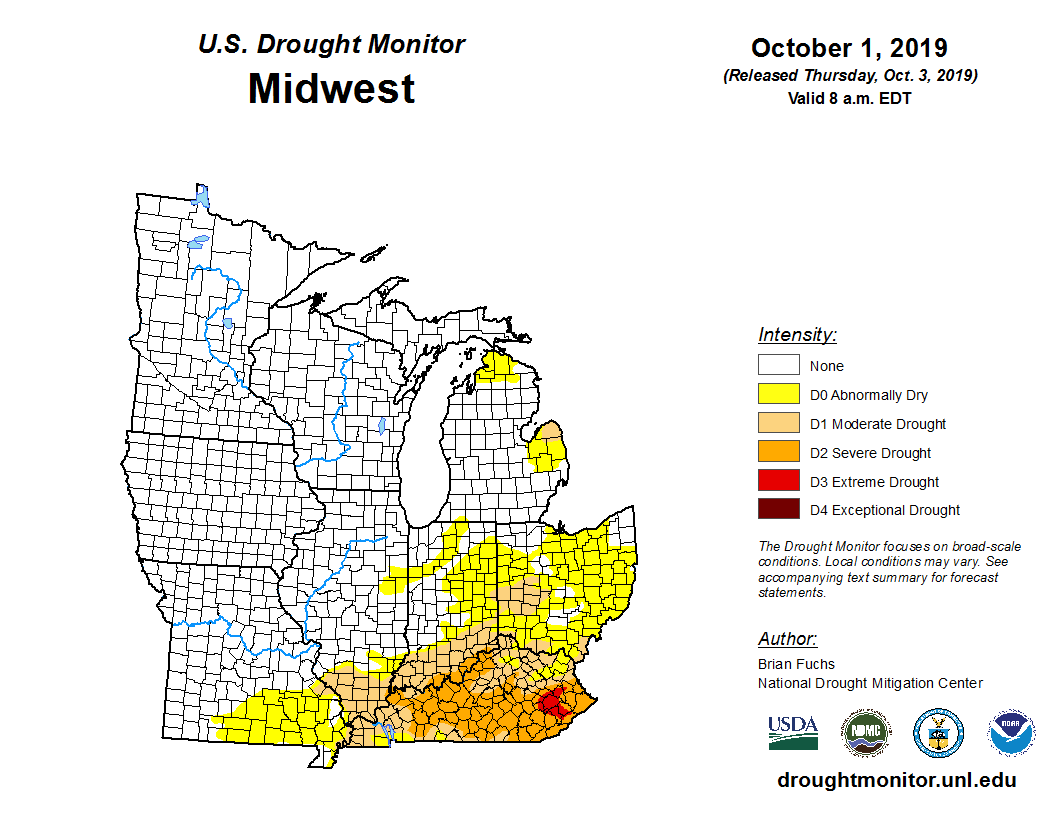 The last 10 days of September went out with a bang with torrential rainfall redeveloping across the Chicago area, while areas to the east remained hot and dry with only bouts of minor storms that only led to only a few tenths of an inch of rain. From the 21st to the 23rd, torrential rainfall crushed the Windy City with 1.5 – 3.0” of rain. This, coupled with saturated grounds from previous rainfall resulted in widespread stream and river flooding. On the opposite side of the coin, the Ohio Valley remained 10-20 degrees above average for this time of year exacerbating the drought for the region. Unfortunately, Chicagoland got rocked again with heavy rains and severe weather on the 28th and 29th. Hail and damaging winds blew through the southern half of the region, particularly just south of Aurora and Joliet. The rainfall amounts were substantial once again, with upwards of 3 - 5” south of the metro. For Indianapolis to Columbus, the hot weather persisted as high temperatures reached the upper 80s to mid-90s! Overall, it was a September to remember across the Midwest. The average temperature in Cincinnati, Columbus and Dayton was 75.4°, 72.8° and 73.8° respectively. For Dayton and Indianapolis, this was the warmest September on record. Cincinnati and Columbus had their 2nd hottest September since 1881! September ended up 6th wettest month and the wettest since 1871!

As you may expect, September as a whole featured a stark contrast in record rainfall and warm/dry conditions across the Midwest. Take a look at the table below: