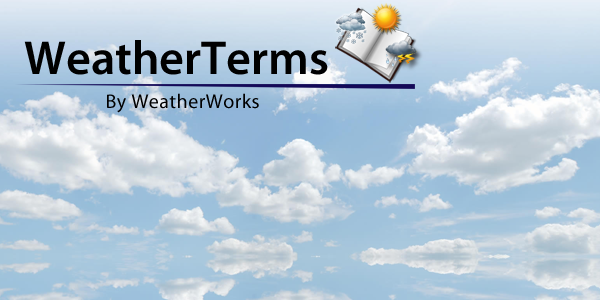 A lot of times meteorologists throw around fancy words and phrases that may not necessarily be common knowledge. One of them sometimes heard in the Northeast during winter is the NAO. NAO stands for the North Atlantic Oscillation and is a fluctuation in pressures between the central Atlantic Ocean and Greenland. But what does this have to do with our weather? After all, this stuff is happening so far away, why bother talking about it? As it turns out the NAO has major effects on our weather. Imagine a freeway that has no traffic. It’s pretty easy to zip from location A to B. This is basically a case of positive NAO in the atmosphere. Lower than normal pressures over Greenland land and higher than normal pressures over the Atlantic keep the east-west flow moving at a quick pace. Like cars on our freeway, storms move quickly west to east with minimal effects on our weather. 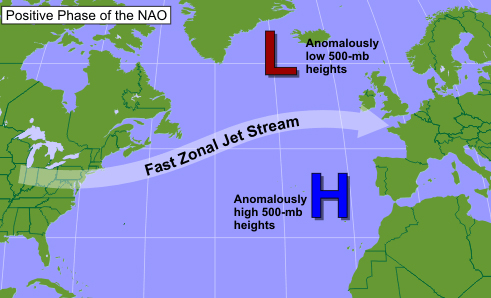 Now imagine a situation where along that same freeway the road is closed and traffic needs to be diverted elsewhere. This represents a negative NAO. Simply put the negative NAO creates an “atmospheric road block.” The westerly winds weaken, resulting in limited upper air flow over the entire North Atlantic extending all the way to the US East Coast. Storms are guided by the upper air wind pattern so when the upper air flow is weakened, the motion of the storms are slowed as well. Now the storms need to be rerouted around the block to get to where they want to go. If you were driving in your car and saw the road was closed up ahead, you would have to take a detour. This is what the storm essentially does. Often, the storms turn more southerly in the process, picking up abundant moisture right out of the Gulf of Mexico, before turning back north up the eastern seaboard. The reduced flow also keeps cold air locked into the eastern US. What happens when you combine rich Gulf of Mexico moisture with cold air? If you guessed big time snow, then you are most definitely right. In fact some of our biggest snow storms have occurred amidst a negative NAO. So next time you hear your local meteorologist say the NAO is going to become negative, watch out, because more often than not cold, snowy weather is on the way. 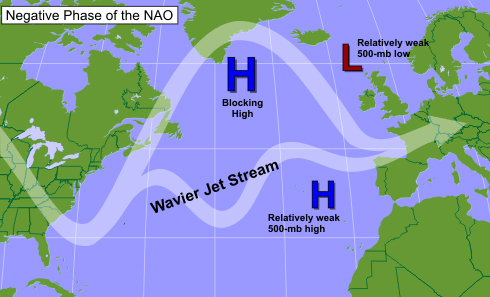