Severe Weather in the Northeast

Do you know what makes a thunderstorm severe, and the most common type of severe weather in the Northeast?

First things first, there are 3 criteria that can categorize a storm as severe: Wind gusts 58 mph or greater, and/or hail 1" in diameter or larger, and/or a tornado. When you get the "Severe Thunderstorm Warning" on your phone, or wherever you receive severe warnings, they always describe the type of severe weather and where it can occur. Anytime you receive a "Severe Thunderstorm Warning", you should know that the main threats will be damaging winds, and/or hail. This is because a tornado itself has its own warning, appropriately named the "Tornado Warning".

(Note: A severe thunderstorm does not mean a tornado is imminent, and conversely a tornado warning does not mean damaging winds and hail are imminent. I know it's a bit confusing. Here's the biggest difference, the damaging winds in a "Severe Thunderstorm Warning" are considered straight-line winds, meaning they are not rotating. However, tornadic winds rotate, which warrants the "Tornado Warning")

Although wind damage is typically the most common severe weather reported, on occasion 1" hail or larger was reported more than straight line winds. This occurred 54 times out of the 742 total cases. In terms of tornadoes, there was never a case in the 11-year study where tornado reports outnumbered wind reports, so usually there will be more wind and hail reports rather than tornadoes on any given severe weather day. Something that may change this is a tropical system making landfall in the Northeast. Usually the outer bands from a hurricane or tropical storm/depression come with quick spin-up tornadoes, yielding a case where tornadoes are the greatest concern.

No matter the situation, if you ever receive a notification for a "Severe Thunderstorm Warning", it would be in your best interest to see what the greatest threats are and seek shelter. Remember to always use your best judgment when it comes to thunderstorms and their severity, it is better to be safe than sorry!

As a side note, one aspect that a severe thunderstorm warning may not touch upon is lightning. Most severe storms are accompanied by frequent lightning, which is one of nature's greatest killers. Lightning is not something to mess around with and the saying "when thunder roars, head indoors" is no joke. In fact, lightning can strike as much as 25 - 50 miles away from the main storm! 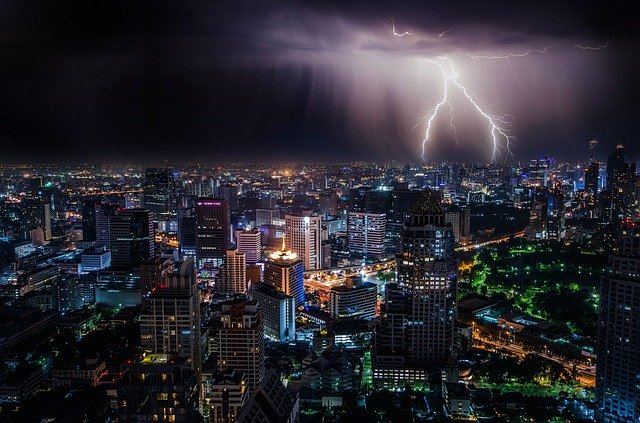