Looking Back At The November 2018 Snowstorm In The Northeast

The November 2018 snowstorm was a memorable one here in the Northeast.  A strong area of high pressure located over northern New England supplied a fresh layer of cold air that "locked in" along the I-95 corridor.  At the same time, low pressure approached the region on November 15th and snow developed from southwest to northeast through the day.  As the snow arrived, it quickly became heavy and snowfall rates increased to 1 - 2"+ per hour.  The impacts from this early winter storm were both impressive and quite debilitating due to the timing of the snow as most of it fell during the afternoon and evening rush hour. New Jersey, Pennsylvania, New York City and most of Long Island in particular became snagged in gridlock not seen in a very long time due to the onset of snow being so heavy.  Snowfall totals generally ranged between 4 - 8 inches across the region with the I-95 corridor seeing between 2 - 6 inches. The highest amounts of snow were in the Hudson Valley where up to a foot was measured in spots.  Freezing rain also mixed in south of the Mason-Dixon Line due to some warm air working in aloft. The Big Apple witnessed its second snowiest November day on record as Central Park picked up 6.4 inches of snow and sleet.  Here is map of the total observed snowfall that occurred from the storm between Novermber 15 - 16th. 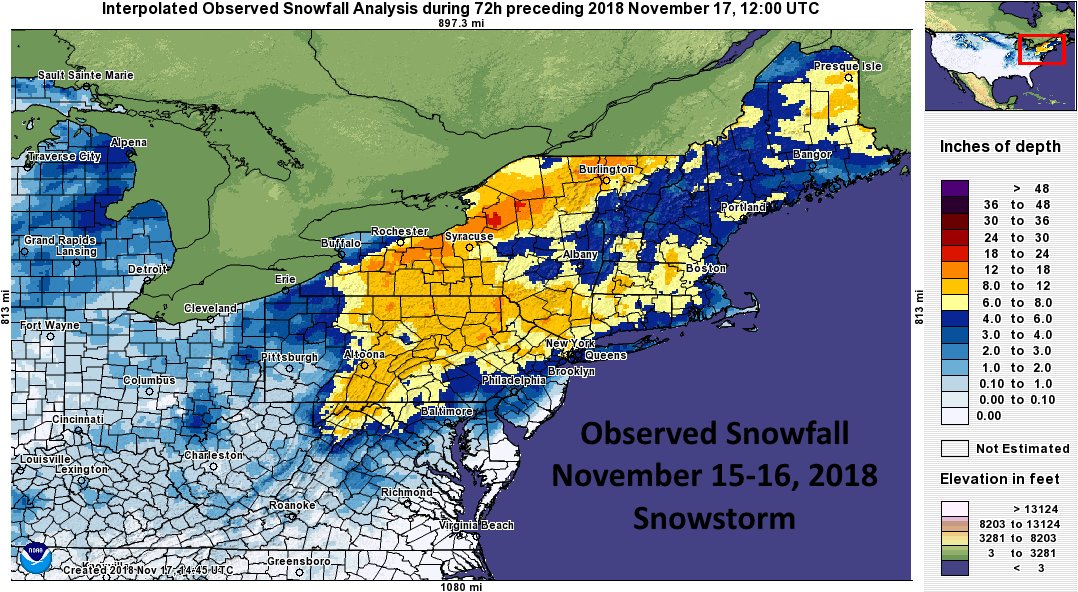 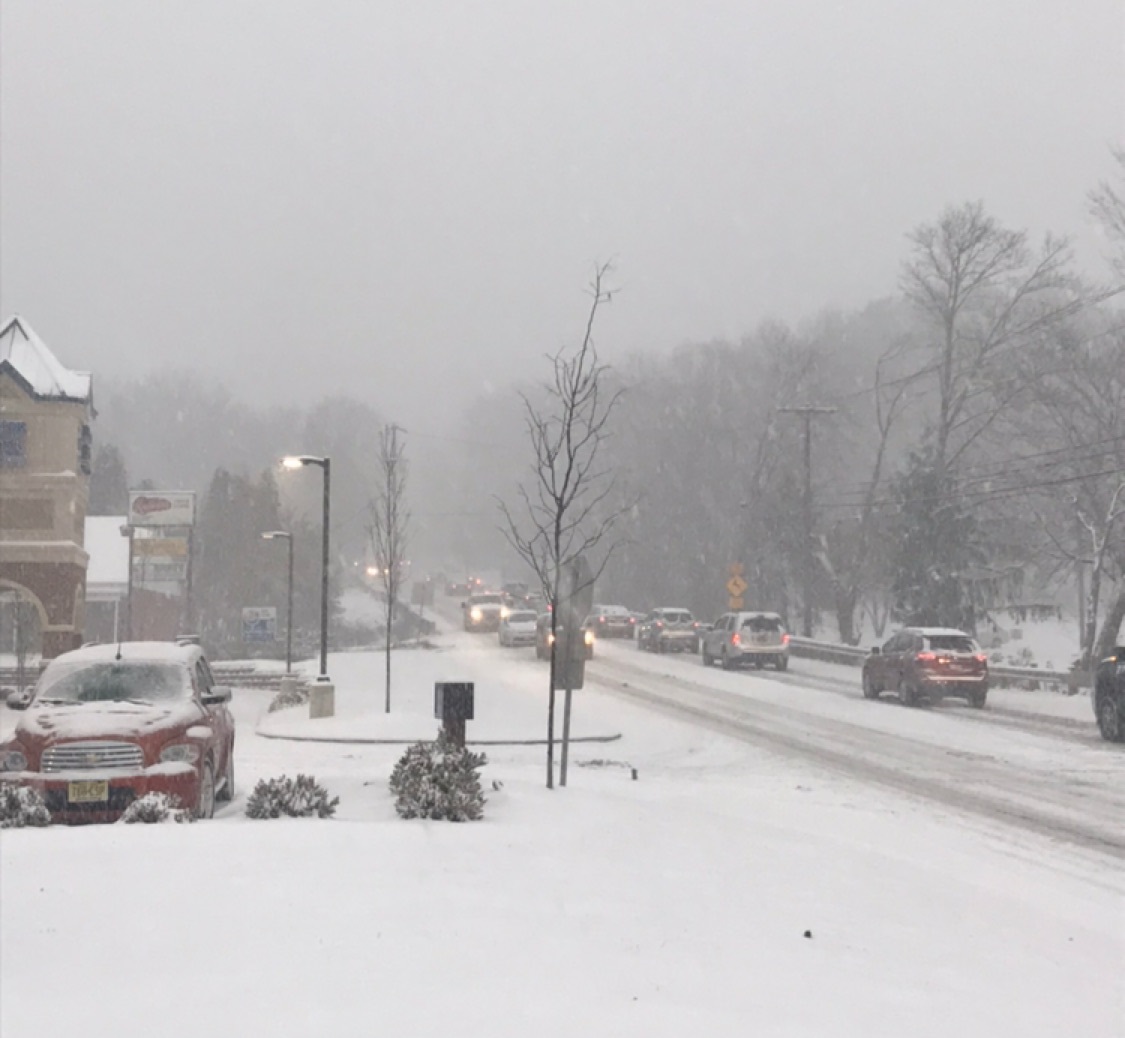