It was the first measurable snow of the season, and boy, was it a doozy!!  An intense and record breaking early season snowstorm impacted northern Illinois November 20th-21st, 2015.  4.2" of snow fell at O'Hare International in Chicago on the 20th and this was followed by another 7" on the 21st for a storm total of 11.2".   This two day total was the most snow to fall in Chicago during November since 1895 when a foot of snow accumulated on the 25th-26th.  Rockford, Illinois ended up with an impressive 8.8" for the two day storm. 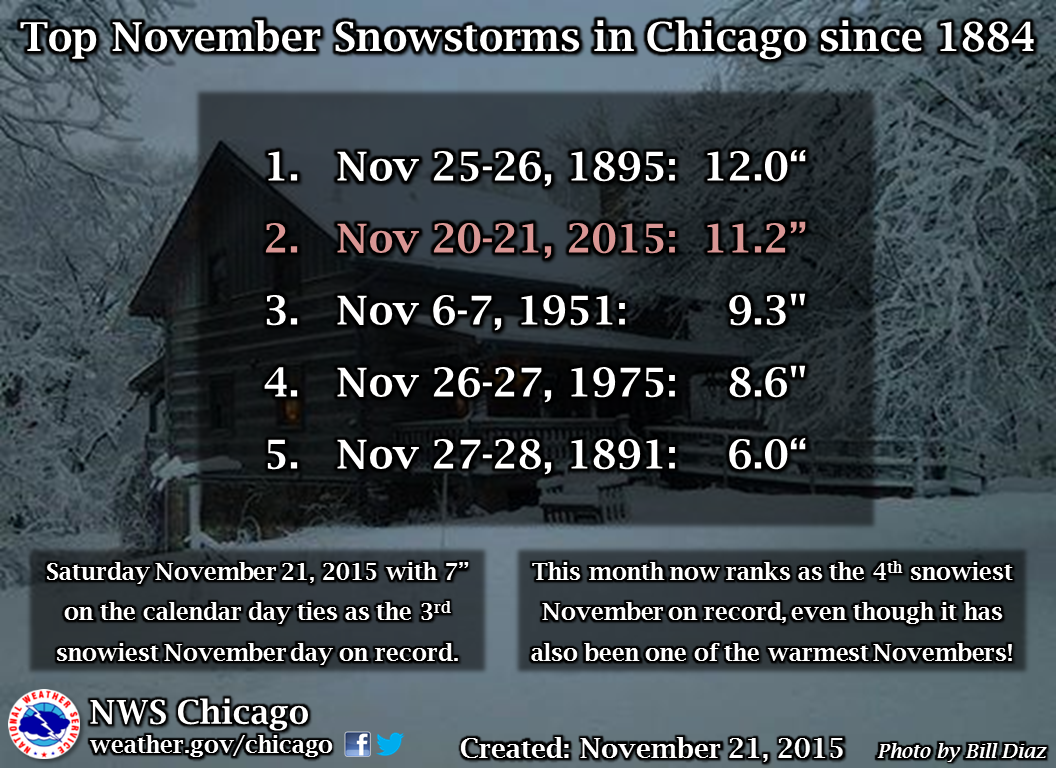 Close to 350 flights were cancelled at Chicago O’Hare with around 175 canceled flights at Midway Airport. Areas outside of Chicago saw heavy snowfall as well, with many locations coming in well over a foot!!  Mundelein, IL (Lake county) recorded the most snow at 19 inches followed by Capron, IL (Boone county) with 18.6 inches.  The icy and cold conditions created a traffic mess across the region, especially during the afternoon of the 20th (Friday) as the snow quickly accumulated for the evening commute. Hundreds of snowplows and salt trucks were sent out to clear most the roads, but it took a while to alleviate the traffic issues across the area.