Radar is quite possibly the most sophisticated weather data that is available to everybody and is widely understood throughout the population (even my dad understands it, who knows nothing about weather). For the most part, we all know that the colors mean precipitation, with the ‘warmer’ colors, like yellow and red, being of the heavier variety. However, what happens when those colors are there and no precipitation is falling? This is a problem that meteorologists can face on any given day, because weather radar detects anything of substance in the air. Below, I’ve listed some of the most common radar anomalies that can be seen throughout the US, accompanied by image examples:

Yes, you read that correctly. The pulses of energy that the radar emits are so sensitive, that something as small as a grain of dust or an insect, will cause a return on the radar. However, this anomaly is extremely useful for meteorological purposes. Winds from a sea breeze, or the outflow boundary of a storm, will show up as a line on the screen due to the uniform scatter of dust or insects by the wind. This provides meteorologists with the exact location of a gust front or sea breeze. 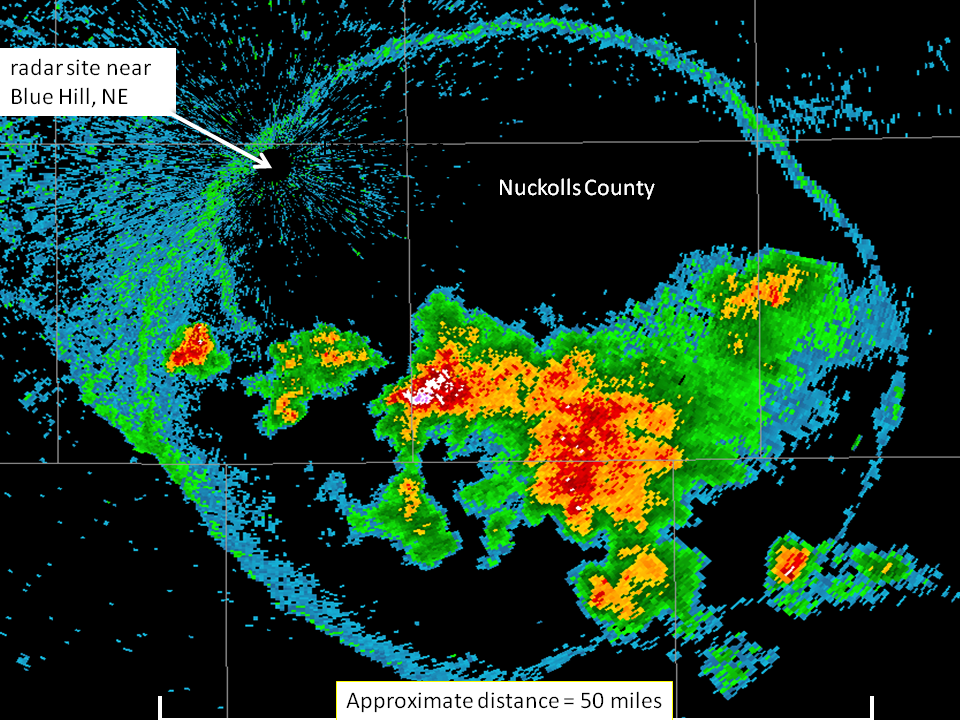 Above left: RadarScope image of a sea breeze in NJ from July 8, 2014, with associated temperatures
Above Right: Circular outflow boundaries from a thunderstorm on June 24, 2009 from the Blue Hill, NE radar site (Photo courtesy of NOAA)

Since dust can be seen by radar, it follows that smoke particles can be detected as well. A large fire, like a wildfire or explosion, will cause a smoke plume that will be identified by the radar and can be tracked. This was especially evident during the fire on the Seaside Heights, NJ boardwalk in September of 2013 and during the explosion of NASA’s Antares rocket on October 28, 2014. Both events are pictured.

Another interesting anomaly that you can see is what fellow meteorologist, Mike Mihalik, likes to call a “bird bomb”. This radar return appears like a explosion of color pushing outward from a central point and can be seen near sunrise.  It is nothing dangerous, but just merely birds taking off from a central location to start their day doing what birds do. 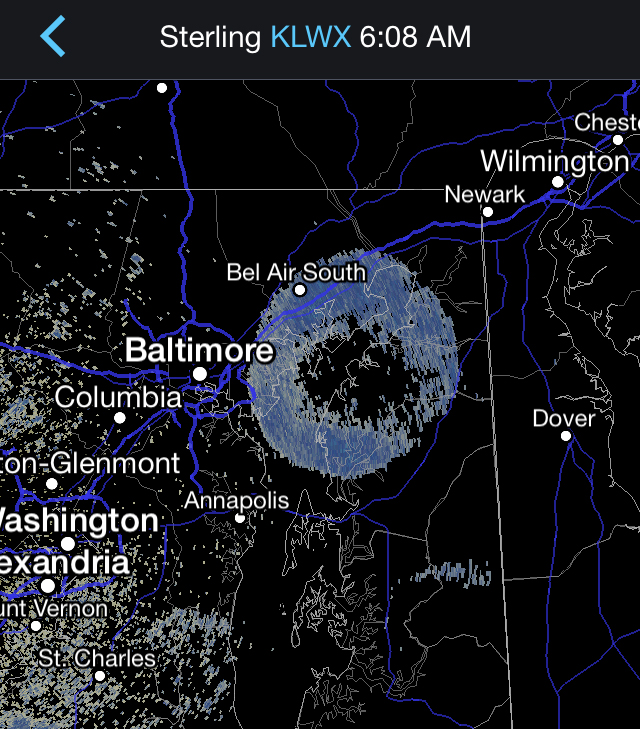 Above: RadarScope image of birds taking off in the morning in Maryland

Finally, our last radar oddity can only be seen twice a day during sunrise or sunset. This anomaly occurs when the Sun’s rays are directly in the path of the radar beam, which occurs when the Sun is lowest in the sky. Since the Sun emits energy that the radar can detect, the image shows up as a ‘spike’ of colors directed straight in the direction of the sunrise or sunset.

Above: Sunset spike from the evening of March 11, 2009 from the Milwaukee, WI radar site (Photo courtesy of NOAA)