Weather has an impact on everything, including those creepy crawly insects. When do insects usually come out of the ground? Do they die when temperatures get too cold? Can they really tell temperature? On an earlier episode of The Weather Lounge, Mike Mihalik, Brad Miller and Mike Priante, discuss all you need to know about those pesky backyard neighbors.

Most, if not all insects come out of their "hibernation" in the spring / summer when the temperature gets above 50 - 60 degrees. At temperatures below 50, insects tend to become more lethargic and slow down and this is when they begin to burrow into the ground (since the deeper ground is warmer). When the temperature gets below 20 degrees, these insects actually go dormant and they "hibernate" like they are in a coma. This is why we do not see insects during the winter in the Northeast. So, they don't die when it gets cold out, they are just sleeping underground in the slightly warmer soils. 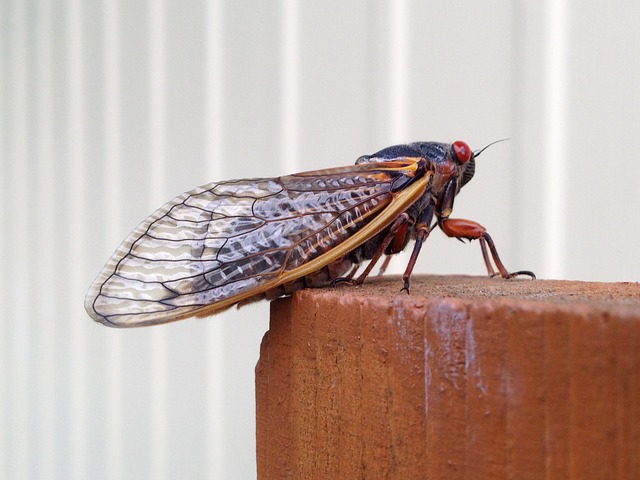 One insect that is well known, especially east of the Mississippi River is the Cicada. These bugs begin to come out of their hibernation when soil temperatures get above 60 degrees. Earlier this year, there were rumors along the lines of: "the Cicadas are back after 17 years". This is not entirely true since Cicadas are around every year. There are 15 different Broods (families) of Cicadas. They vary from each family and some don't come out of the ground for 17 years at a time. Early in the spring season of 2021, Brood X of the Cicada families finally came out of their deep slumber and began emerging in the Mid-Atlantic States. Brood X is the largest of the 15 broods so it's a good thing they only come out once every 2 decades. The number of these bugs was staggering and their shells were piling up in people's backyards, which is not something that most are looking for. Imagine that clean up, Yuck! Other families (though smaller numbers) are annual, which is why we hear them every year.

Moving on to Crickets. These are the little chirping bugs that we hear often during the summer nights. We can actually determine the temperature outside depending on how many chirps they have in 14 second increments. If a cricket chirps 35 times in 14 seconds, all you need to do is add 40 and the temperature is 75 degrees. There is a direct correlation with the amount of chirps and the temperature. If it is warmer, you will hear them chirp quicker than if it is cooler.

Fireflies (or lightning bugs) have a similar showing of heat, but they do not have a direct correlation. These bugs light up when it is warm and the warmer it is, the more active they are which is why they are prone to being outside in the warmest months of the year. Then, just like most insects, since they are cold blooded, they slow down when it's cold and eventually go dormant in the coldest winter months.

Now we'll move to one of the most annoying insects around during the summer. These are mosquitos. The pesky, biting bugs never seem to go away when it is hot and humid. They are most active in the evening and night, but can be seen during the day also, though less numerous. Prior to their main appearance in the summer, if there is a wet spring, the number of mosquitos will probably be larger and similarly, if it is a dry spring, there will be less. Mosquitos like standing water so if there is a lot of rain that pools up and gets stagnant, they will lay their eggs in this water and multiply (one mosquito can lay 100 - 200 eggs!). As a result, it is always a good idea to check around the garden and make sure to get rid of any standing water. This way you can do your part in minimizing mosquitos in your neighborhood.

For more exciting information about these insects and how exactly weather can impact them, check out our podcast at https://theweatherlounge.podbean.com/

You can listen to us anytime, anyplace, on any podcast platform.