A Half & Half Weekend For The Northeast...

It was a rather chilly week, and some folks near the Great Lakes saw their first accumulating snowfall.  At the same time, we have had a few frosty mornings as well, thus ending the growing season for a good portion of the Northeast.  However, we do have milder times ahead as temps this weekend will likely be 5 - 10 degrees above normal.  Ok, so let's check out that forecast...

This will definitely be the better of the two weekend days as high pressure holds on and this will lend to plenty of sunshine.  To go with that, afternoon highs will push well into the 60s and some locationsmay reach 70 degrees.  Here's a look at expected temperatures for 2 PM Saturday. 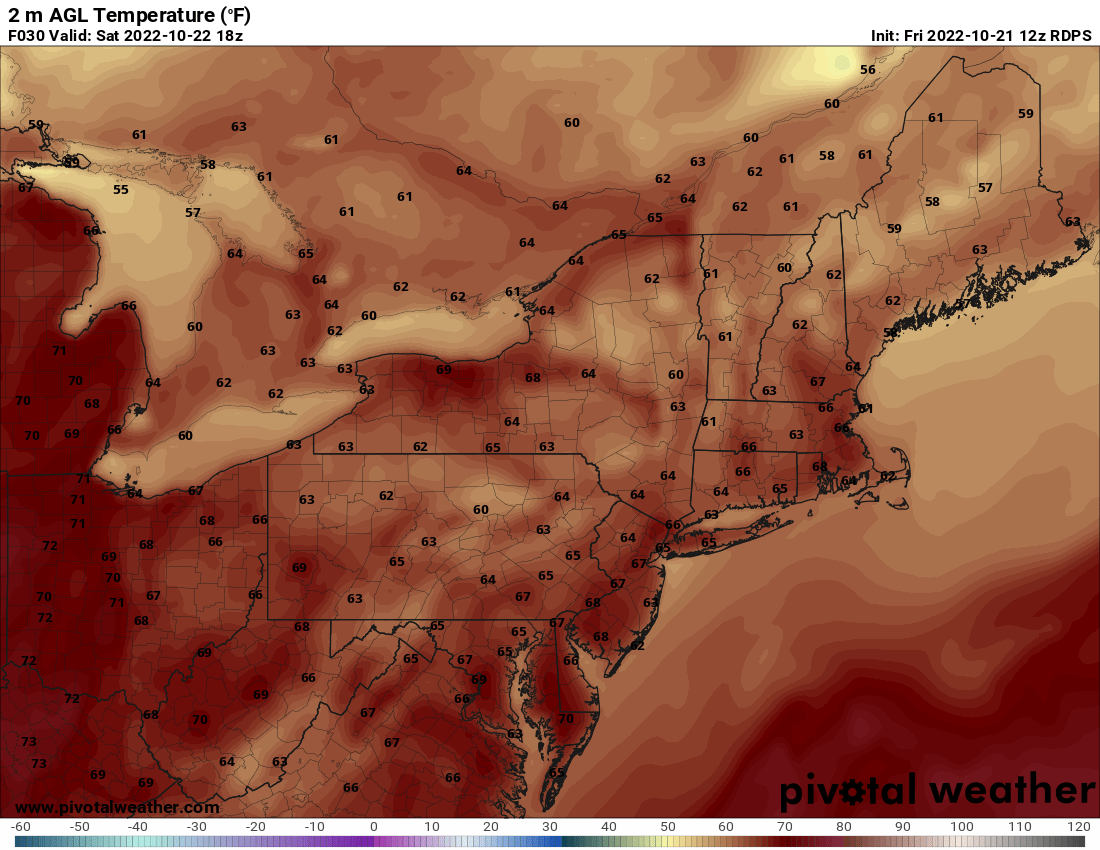 Clouds will increase Saturday night along the I-95 corridor as an area of low pressure begins to slide up the East Coast.  This system is not expected to be too strong, but there will be plenty of moisture available and this can result in a few pockets of heavier rain.  Unfortunately, there is still some uncertainty as to where this occurs.  The risk for showers will increase from south to north as we progress through our Sunday, but it looks like any steadier rain holds off until later in the day or at night.  Also, if this system shifts a bit further east, then areas from Long Island to New England will actually have the greatest risk for rain while folks from New York City to Washington, DC only see a few showers.  Check out what the radar is forecast to look like between 8 AM Sunday and 11 AM Monday.

So while it doesn't look like a washout on Sunday, there will at least be showers around, especially during the afternoon and into the night.  Areas east of I-95 and southern New England will likely have the greatest risk for steadier rain.  If you do have outdoor plans on Sunday, just keep an eye on the radar.  As for rain amounts from this system, here's a look at expected totals through Monday morning. 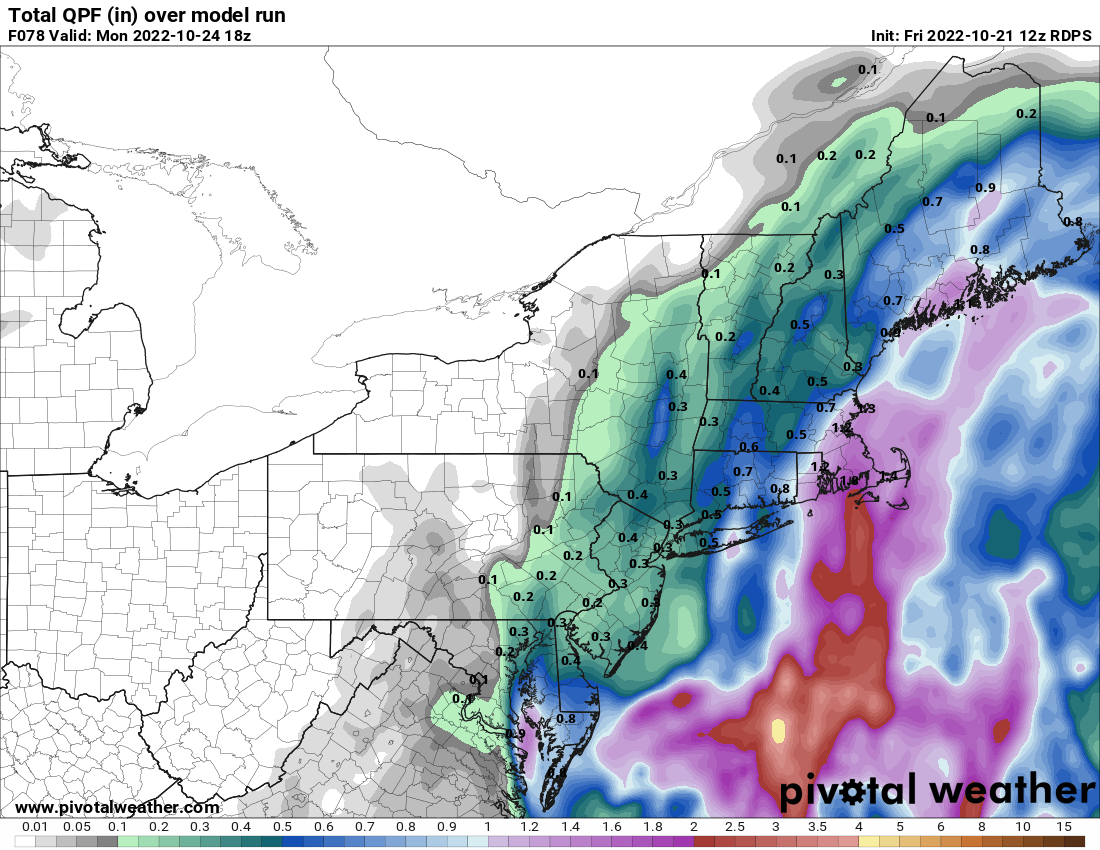