A mostly sunny forecast in the Midwest and Northeast was interrupted by plenty of smoke in late July as wildfires spread across the Western U.S and Canada. This not only grayed out the sun and created stunning photographs (seen above), but it also forced many state agencies to declare Air Quality Action Days. These action days were issued to help curtail local pollution across major metropolitan areas and to reduce outdoor exposure for the general public.

For background, air quality in the Eastern U.S. is heavily driven by combustion of fossil fuels such as coal, petroleum, and natural gas. This combustion creates fine particulates (PM2.5), such as NOx (nitrogen oxides) and SOx (sulfur oxides), and are measured across the country due to their harmful effects to people’s respiratory systems. Plus, during respiration, these pollutants can easily enter the blood stream. However, it’s not only local sources of combustion that can affect an area, regional weather patterns can also play a major role in steering upstream pollutants across the country.

On July 20th and 21st, wildfire smoke from Oregon to Manitoba, Canada was to blame for the unhealthy air quality that stretched across the Midwest and to the East Coast. These levels were even high enough to be harmful to healthy individuals. The Indiana Department of Environmental Management issued an Air Quality Action Day both Wednesday and Thursday of that week in efforts to reduce unnecessary burning and use of gas-powered equipment. These steps were taken to mitigate worsening air quality levels.

Unfortunately, the record setting blazes out west coupled with a strong high-pressure system was just enough to push areas into Code Red levels (see the chart below), which made it unhealthy even for the general public. Places like Philadelphia reached an air quality index (AQI) of 172; NYC at 170. In New England, cities such as Boston and Hartford topped an AQI of 150. Although anyone can be affected by the air quality at these levels, the elderly, children, and those with respiratory diseases such as asthma are at a particularly high risk. 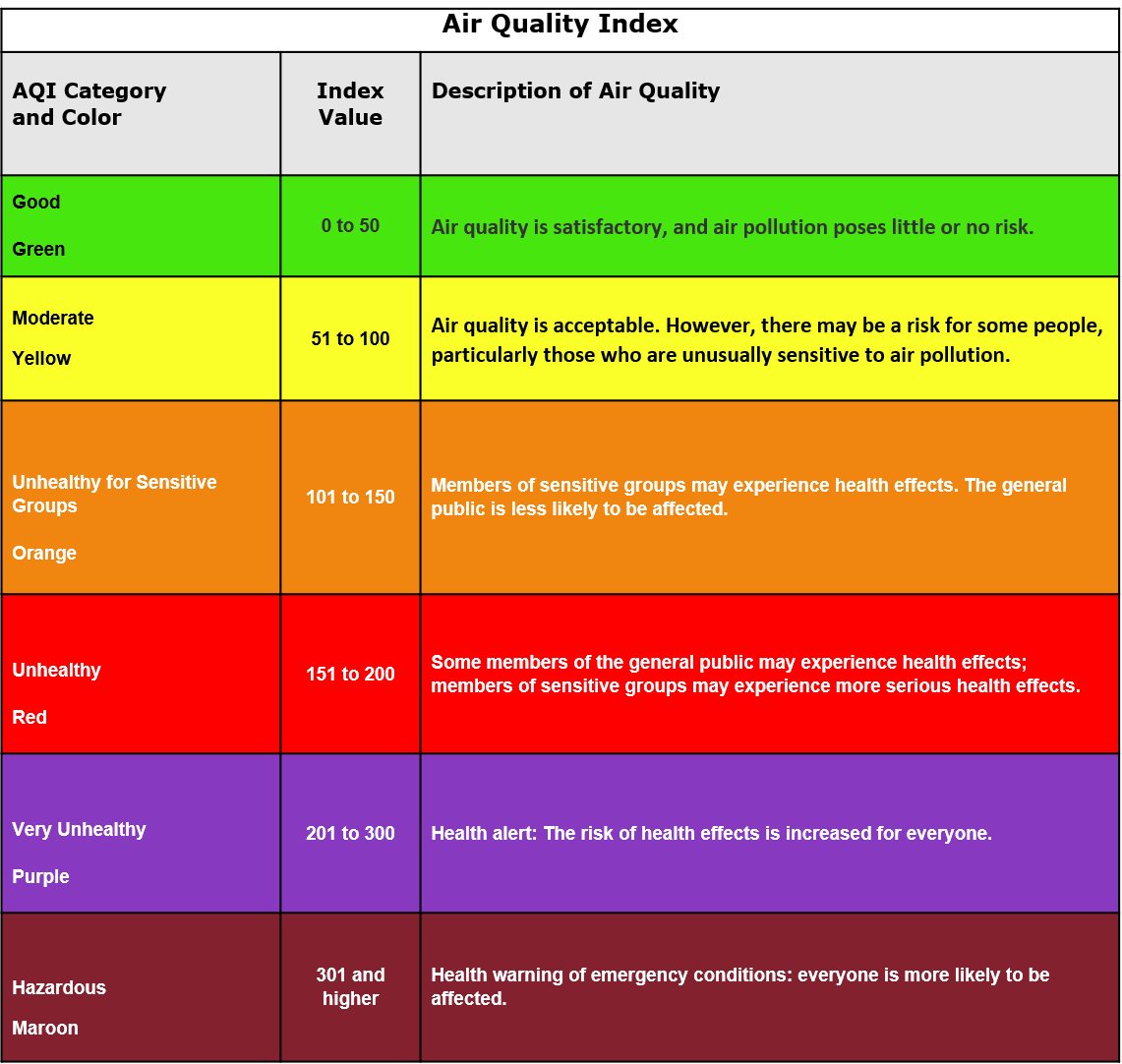 Air Quality categories and color codes shown above, courtesy of the EPA.

For more on daily air quality and forecasts visit: https://www.airnow.gov/