The winter of 2013-2014 has certainly been a very long, cold and snowy one. For some locations, records have been broken in both the snowfall and temperature department. Take a look below to see some of the more impressive statistics and records across the area for select cities during the past three months.

As noted in the chart above all locations in the Mid-Atlantic, Northeast and New England saw temperatures average below normal for the winter period (Dec-Feb) this year. In general January and February were the coldest months compared to average for most locations. December and February were the wettest months, with well above normal precipitation being reported at all climate stations. January saw near average precipitation numbers. Overall, the winter period was very wet for all locations, with an even distribution of precipitation up and down the East Coast (12.00-14.00"). Moving onto snowfall, all climate stations also saw above average snowfall for the period, with the Philadelphia to New York City corridor seeing the highest totals compared to average. For the months of December-February, Philadelphia even saw over 300% of their typical snowfall accumulation. Some of the lowest snowfall totals compared to average were found around Washington, DC, but the area still finished with 130% of the average snowfall. In fact, many locations have doubled or even tripled their snowfall compared to last year!

Other notable statistics and facts from this winter:

-Central Park's largest storm of the year came on February 13th/14th when 12.5" of snow was recorded

-Central Park has had measurable snow on the ground from January 22nd through at March 10th (still ongoing). That's 48 days and counting of continuous snow cover!

-Newark, NJ saw 7 days in a row at or below the freezing mark from February 6th through February 12th

-Islip, NY dropped to 0 degrees on January 4th, the coldest temperature since 1988

- Dulles airport outside of Washington, DC fell to -1°F on March 4th, which tied the previous monthly record minimum for March (set on March 15th, 1993)

- Boston's largest winter storm of the season was 15.1" on January 2nd/3rd 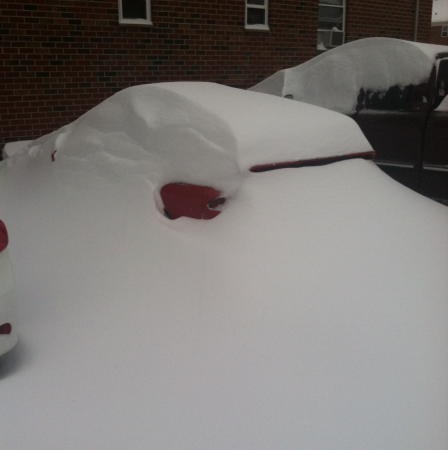